Hydratech specialise in the manufacture of heat transfer fluids, glycols, antifreeze solutions, inhibitors and cleansers - for use in cooling and heating systems across all sectors. Supported by a range of Fluid Management Services to maximise, monitor and maintain long-term thermal efficiency.

A range of fully inhibited coolants for wort cooling and beer production processes. Coolflow products are installed in breweries of all sizes throughout the UK, from Tiny Rebel to Molson Coors. Learn more about our fluids for Wort Cooling

Corrosion, scale and biological inhibitors to protect water-only and antifreeze-based cooling and heating systems, as found in breweries of all sizes. Learn more about our fluids for Cooling & Heating Systems

Cleansing and sterilising chemicals for cooling systems and production vessels, as used by craft and commercial brewers. Learn more about our fluids for Cooling Systems & Production Vessels

Managing cooling and heating fluids is important if process efficiency is to be optimised and operating costs minimised. Hydratech provide a range of fluid management services to maximise thermal efficiency, minimise downtime and extend component life. E.g. A pro-active fluid monitoring and treatment program is a simple yet effective means of identifying and correcting any minor issues, before they become major problems.

"Everything was working until we got down to -9C and at this point the viscosity of the heat transfer fluid was such that the pump would stop and trip the system. We couldn’t get it low enough, it needed to get to -20C to achieve the final strength of alcohol BrewDog were looking for" Jason Fraser - MD at Advanced Refrigeration

The team knew the chiller and pipework were good, it was the fluid that was letting them down. Advanced called in long term partners Hydratech for advice. The UK's leading manufacturer of specialist heat transfer fluids, have decades of industry experience and unrivalled technical knowledge of flow characteristics, thermodynamics and cooling systems. Hydratech confirmed the expected viscosity issues of MPG at these low temperatures and immediately recommended Coolflow DTX. The high performance, non-toxic secondary refrigerant, with an operating range of -50°C to +80°C is widely used across the food and beverage sector by the likes of Diageo Distilleries, Tiny Rebel, Glenmorangie and Coca Cola. The fluid was simply swapped out and the desired operating temperatures were achieved straight away, in fact the chiller managed to get down to -30°C. Performance wise, Coolflow DTX has very similar heat transfer and pumping characteristics to Ethylene Glycol and therefore benefits from numerous operating advantages. Advanced Refrigeration were able to deliver a solution to BrewDog with reduced energy consumption, carbon emissions and time – better for business and better for the environment. Advanced Refrigeration have installed DTX in many other systems and have seen similar savings on operational and running costs. It’s a proven solution they believe in.

"We have a big installation going into a multi-million pound ice cream factory re-development which will also run on DTX. I’d recommend it to any clients that need to take their glycol down to extremities" Jason Fraser - MD at Advanced Refrigeration

Customers such as Waitrose, Lidl and ALDI have designed their systems with Coolflow DTX in mind, allowing them to not only make savings in areas such as hardware & capital expenditure but also enjoying continued savings on operational and running costs throughout their nationwide stores. There are also savings to be made by retrofi¬tting existing systems and moving from MPG to DTX. Customers have reported improved performance and efficiency gains alongside considerable energy/cost/CO2 savings. Arla Foods have seen a significant reduction in energy consumed by the main coolant circulation pumps and process cooling systems after moving to Coolflow DTX. There has also been a noticeable reduction in running time and load on their primary refrigerant compressors which they believe will considerably prolong the life span of their system. 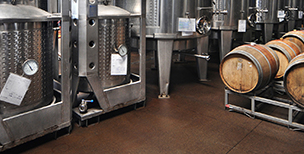